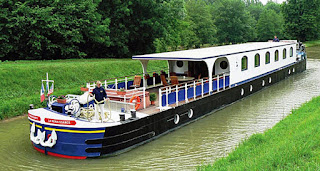 French Hotel Barge Renaissance - Canal de Briare & Canal Latéral à la Loire
The French hotel barge Renaissance has added a visit to the home of Rosa Bonheur to their itinerary. She is the most celebrated female artist of the 19th Century. On this truly fascinating tour, guests will discover her studio that remains completely untouched since her death in 1899.
Who was Rosa Bonheur?
Rosa Bonheur was successful from a very young age. Born in 1822 in Bordeaux, her father, also a painter, encouraged her talent and artistry. She exhibited at the Paris Salon for the first time at the age of 19, and received medals for her work. Bonheur’s love for animals, especially horses, is apparent through her artwork.

Her most famous painting, The Horse Fair (Le marché aux chevaux), depicting a Parisian horse fair, was submitted to the 1853 Salon and quickly raised Bonheur to international fame. The original artwork is housed at The Metropolitan Museum of Art in New York.

She lived an unconventional lifestyle for her time. Bonheur enjoyed a cropped haircut, she smoked, and she shared her home with lifelong companion, Nathalie Micas. Trousers and blouses were a common feature of her appearance. In fact, Bonheur asked permission from local authorities to wear trousers when researching for ‘The Horse Fair,’ so that they would not disturb her in such a masculine environment.

Rosa Bonheur became the first female artist to be awarded the Legion of Honour in 1865. Thirty years later, she was the first ever woman to become an Officer of the Legion of Honour.
An American Connection: Painting Buffalo Bill
Bonheur developed a fascination with the American West. Being a forward-thinking woman she identified America with the liberation of women and a progressive attitude that conformed to the principles bestowed upon her by both of her parents in her youth. When Col. William F. Cody travelled to Paris for the Universal Exposition in 1889 with his world-famous Buffalo Bill's Wild West Show, it became a high point in her life which she spoke about frequently until her death. 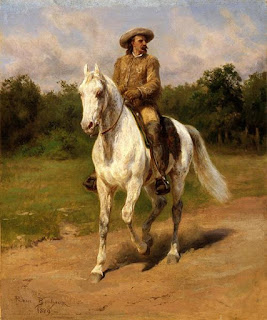 During this time, it was not Claude Monet, Henri Toulouse-Lautrec, or Vincent Van Gogh that was regarded as the most famous painter living in Europe, it was, in fact, Rosa Bonheur. Her visits to Buffalo Bill's Wild West Show encouraged a new enthusiasm for including images of people once again. On our tour, we view sketches and paintings of Native Americans, buffalo, and mustangs. In a glass-doored armoire next to her studio, you'll find an authentic costume of Rocky Bear, a chief of the Oglala Sioux tribe, which was given to her by Buffalo Bill.
Rosa Bonheur invited Cody to her home to create one of her masterpieces, a portrait of Buffalo Bill on his horse, Tucker. The portrait was gifted to him as a thank you for allowing Bonheur to continue painting at his Wild West shows. It was such a beloved gift, that when his home in North Platte caught fire, he telegrammed his wife, Louisa, to "Save Rosa Bonheur's picture, and the house may go up in blazes." This famous portrait is also part of the display.
Exploring the Home of Rosa Bonheur 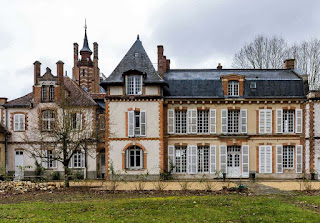 Since her death on the May 25, 1899, time appears to have stood still in the studio within the home of Rosa Bonheur. Visitors will get not only witness her painting style with both complete and unfinished works, but they will also have the opportunity to witness her unusual fashion choices for women of her time. Her embroidered blouse, her hat, and her boots share a space with her sketchbooks and notes – even her cigarette butts! These archives offer a raw, uninterrupted outlook on her life in an unprecedented way.
About The French Hotel Barge Renaissance

Renaissance has been designed to carry her guests in ultimate luxury along the Canal de Briare, France’s oldest canal and steeped in history on a cruise route that features elegant chateaux, small countryside villages, and the famed wine-growing region of Sancerre.

Ready to Explore the Home of Rosa Bonheur?