We have just been notified that the French Hotel Barge SAVOIR VIVRE has opened up June 3-9, 2012 as a cabin week and has one cabin available. (Update March 13, 2012: Fully booked) 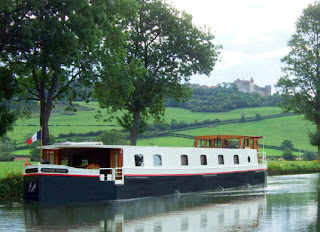 Savoir Vivre is a bit different to the other barges that we represent as they do not have an onboard chef. Pastries for the continental breakfast are supplied by the local baker. Lunch is catered by professional chefs who meet up with the boat with their prepared meal. Dinners are off the boat in locally selected restaurants (included in charter fee). 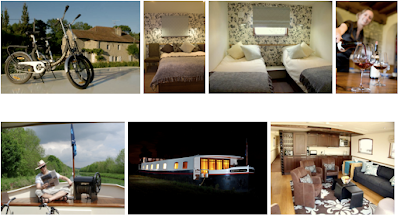 Savoir Vivre is 80 feet long, air conditioned (and has central heat, too), 4 identical guest cabins which can be configured with a queen or two twin beds, each having ensuite private bathrooms, flat screen TV, internet where available, 8 bicycles, etc...

SAVOIR VIVRE: Ability to live life well and with intelligent enjoyment, meeting every situation with poise, good manners, and elegance. Etymology: French, to know (how) to live.

2012 HOTEL BARGES
SPECIAL OFFERS & DISCOUNTS on BARGING VACATIONS & CRUISES
We have some special offers and discounts for 2012 barging vacations (see below).  Contact Paradise Connections now, for current availability and pricing.