We would like to remind you of special offers for cabin cruises on various European hotel barges in France, Scotland, England, and Italy...

PLUS: Special Offer: Paradise Connections has a gift for our clients who make a new booking after July 16, 2012 for 2012 barge cruises. Read more HERE.

The French Hotel Barge SAINT LOUIS, which cruises the Garonne in the Aquitaine-Gascony region of southwest France, has just had a cancellation so they now have TWO open weeks left for a cabin booking in 2012.

September is the most popular month for barging cruises and Saint Louis currently has two cabins available for each of the two weeks of: 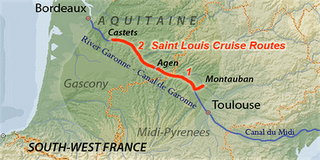 We have had several interesting guest posts written by Alasdair, owner-operator of the hotel barge Saint Louis, which you can see here ===> Previous Saint Louis posts.


Paradise Connections also has a gift for our clients with new bookings made after July 16, 2012 for 2012 barge cruises. See more HERE.

EARLY BIRD SPECIALS FOR NEXT SEASON (2013)

We have some early bird specials for the 2013 barging season.  Contact Paradise Connections now, for current availability and pricing. 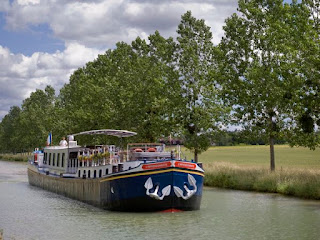 
We still have some very attractive special offers and discounts for 2012 barging vacations (see below), plus some early bird specials for 2013.  Contact Paradise Connections now, for current availability and pricing. 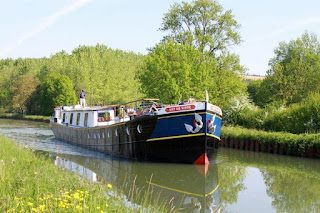