On a hotel barge cruise, one of the wonderful ways you can experience the best of your cruising region is through the cuisine. Barge chefs and sommeliers are aficionados of the local produce and as such, they will pair some of the finest French wine and cheese. Prepare yourself for the flavors of a lifetime! 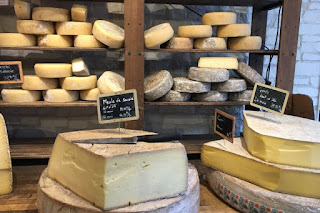 There are a number of similarities between French wine and cheese. Both go through a fermentation and ageing process; both have flavors that vary depending on the soil, sunlight, rainfall and geography of the area in which they are produced. In France, both are given the esteemed certification of AOC (Appellation d’Origine Contrôlée) to indicate the quality and provenance of their traditional production.

Like wine, the tasting of cheese is something of a science, as different regions produce so many diverse flavors in all shapes, sizes and colors. If you are a cheese connoisseur, you will certainly be able to indulge your passion on any of our hotel barge cruises in France, where each barge takes pride on procuring and serving the best each region has to offer.

A Cheese to Please All Palates

Cheeses can be classified in a number of different ways. For example, by the country or region of origin: a hard cheese made in the Alpine climes of Beaufort would be incredibly difficult to make in the flat, western region of Normandy.

Another difference is the method of production: for example, the outside of washed rind cheeses are repeatedly dusted with ‘morge’ – a mixture of brine, whey and old cheese scrapings – to create a colored rind, while the inside of a blue cheese is pricked with needles to grow blue mould. 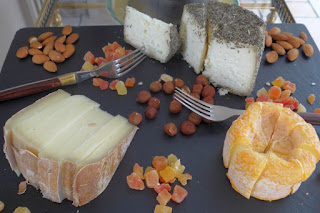 A Bit About Cheese

Some specialized vocabulary is helpful in the understanding of cheeses. One who has become a turophile, or lover of cheese, will no doubt be conversant with the following terms.

Specialty Cheeses – It might be said that every French cheese is a specialty cheese, but some are more special than others. Artisanal cheeses are those which have been crafted by hand from the finest ingredients, cheeses made on a farm, chalet, or mountain hut are called fermier, a monastery-type cheese is a term that describes cheeses which once were or continue to be made in the monasteries of France.

The Parts of a Cheese – The pâte of a cheese is all that is within the rind or the crust of the cheese. The rind is the part of the cheese formed in the natural, external thickening of the surface, not all rinds are edible. A cheese has a natural rind when it has formed as a result of the drying of the outer surface during ageing. Some cheeses have eyes, which are holes or voids in a cheese produced by gas which has been unable to escape during the curing process.

These varying processes and environments create cheeses that are wildly different in texture, smell and taste, which we invite you to try as part of every meal during your culinary voyage of discovery.

So open your eyes to a world of delicious, French wine and cheese on any of our French hotel barge cruises – you won’t be disappointed!


Visit our website for more info on our barges and barging: www.BargeCharters.com