Due to a last minute cancellation there are 2 suites now available (for up to 4 people) on board Serenite departing 20th May 2007 for their German, Berlin to Waren cruise. 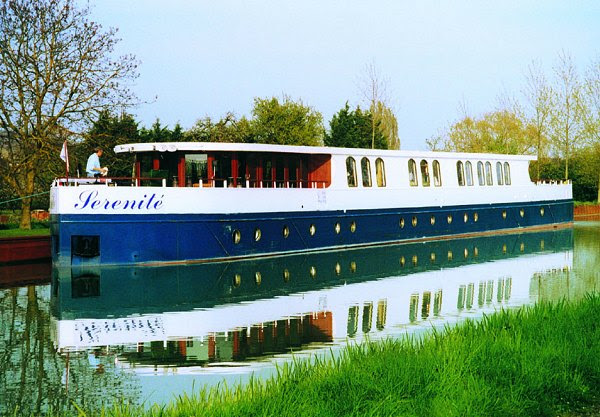 US$4590 per person based on 2 people sharing a cabin (double occupancy).

Serenite is very popular and has been fully booked for this season (2007) for quite some time, so we hope you can take advantage of this last minute opportunity.

The twelve passenger Serenité offers a variety of trans-European cruises between April and October 2007. During the month of April she cruises between Berlin and Prague, then moves into northern Germany for a series of cruises before reaching the Netherlands mid June. She then makes her way southwards into Belgium and France, reaching Paris at the beginning of July. From there she continues into Burgundy, the Rhone Valley and on to the south of France, finishing her season back in Burgundy at the beginning of October.

http://www.paradiseconnections.com
Posted by All the best! at Tuesday, April 24, 2007

Barging in the South of France this season 2007

Thinking about vacation on a barge in France this summer 2007? If you want to book a cabin, be quick as there's not too many opportunities left!

There are still a few open weeks for private charters. Let us know what you're looking for!