The Royal Treatment - Our Most Regal Cruise

In celebration of the marriage of Prince Harry and Meghan Markle at Windsor Castle, the 8-passenger, English Hotel Barge Magna Carta is launching a new and highly exclusive "Royal Cruise” along the River Thames.  This new itinerary, created through a special arrangement with members of several historic households, gives guests the "royal treatment," with private, guided tours of fabulous castles and stately homes, as well as onboard luxuries and gourmet meals "fit for a king.” Among itinerary highlights, the vessel moors beneath Windsor Castle and guests enjoy a behind-the-scenes tour led by a serving Military Knight that includes the site of the wedding, St Georges Chapel.

Downton Abbey & The Home of the Crown

The "Royal Cruise" provides guests an incredible opportunity to stand on some of the most iconic grounds where kings, dukes and earls once walked, in the company of actual descendants of these royal lineages. Thanks to the wedding, Windsor Castle looms large on the itinerary, but it is just one of the many sites and attractions enjoyed by guests as they cruise one of the most idyllic stretches of the River Thames.

Throughout the cruise, the legendary beauty of the English countryside is on full display, populated by royal palaces, majestic homes, and sites steeped in British history.  Among these is Highclere Castle, home of the Earl of Carnarvon and the "real" Downton Abbey, where guests will be given exclusive access to the house and grounds in the company of members of the household. Guests also visit Stonor Park, one of the oldest, and still inhabited, stately homes, where the Honorable William Stonor, son of the present Baron Camoys and heir to the title, rewards them with a private tour.

Secrets from The Butler...

Other exclusive tours include Dorney Court, a 15th century Tudor Manor House that should be well-known to fans of master sleuth Hercule Poirot, as much of his escapades were filmed here.  Guests will also indulge in a traditional English afternoon tea at the 350-year old Cliveden estate, former home to William Waldorf Astor, and enjoy a tour of the grounds that include a Parterre, Chinese water garden and topiary.  At tea, they will be regaled with a "butler’s talk" from a Cliveden staff member that encompasses the intrigues, secrets and scandals of aristocratic life over the years.


Originally built in the 1930’s, the Magna Carta’s design and interior décor reflect the charm, grace and elegance of its English surroundings.  A true “floating country hotel,” it features generous use of fine mahogany, teak and oak woods, and a spacious saloon and dining area with large, picture windows.  The décor is complemented by modern conveniences such as underfloor heating, air conditioned en suite cabins, and Wi-Fi.


Whether walking the historic estate of Henry VIII’s Hampton Court Palace, on a personal guided tour by a member of the palace community, or cruising past the Magna Carta Memorial – the actual site where the document was sealed – the "Royal Cruise" offers a true immersion into British history and its royal families. See the full itinerary here.

See the settings that inspired Skyfall, walk the halls of Macbeth’s castle and sample smooth scotch amidst the savage highlands. 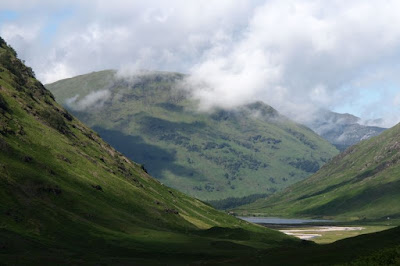 Often described as a highland paradise, Glencoe’s turbulent, Skyfall-esque scenery is jaw dropping. Wildlife, undulating mountain walks, and cosy cabins abound. For the movie aficionados, you might even spot Hagrid’s Hut, as much of the Harry Potter series was filmed in these highlands. 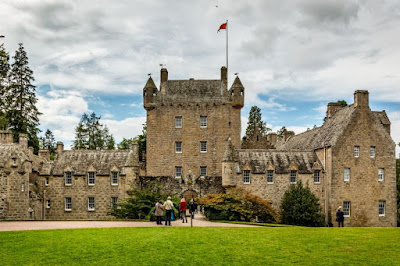 Constructed in the 14th century as a private fortress, Cawdor Castle is among the most iconic of the world’s castles. Perhaps you recognise the name from Shakespeare’s “Scottish play” when Duncan makes Macbeth Thane of Cawdor? What you probably won’t be aware of is the magnificent gardens that surround the castle; well worth a visit of themselves. 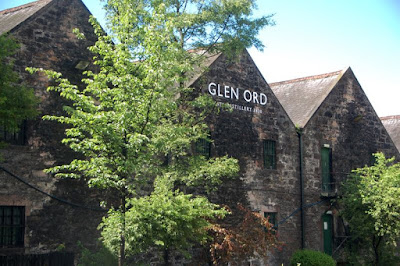 Glen Ord is somewhat of a Scottish institution. In 2018 they will celebrate their 180th anniversary; almost two centuries of creating world-class scotch, including the renowned Singleton of Glen Ord. Whisky aside, the distillery is a marvel with gargantuan stills and archaic oak barrels that will interest even those who are teatotal. 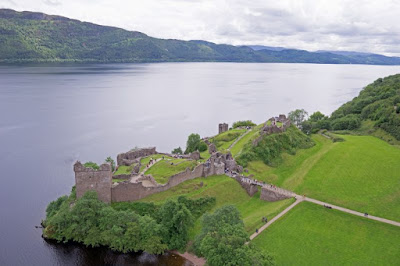 Situated on the banks of Loch Ness, these spectacular ruins comprise battlements, tower, prison cell, and a completely functional trebuchet. A long and bloody history surrounds them, not to mention the thick fog that often enshrouds the lake and nearby mountains.


See these sights and more...

If the thought of these historic sights interest you, then there can be only one way to see them. We have two barges to choose from: The Spirit of Scotland and Scottish Highlander.

Imagine rounding the bend to Loch Ness and viewing Urquhart Castle from the water, sipping a 20-year old single malt as you gaze out to the green and purple gorse of the mountainside. Your cruise is just a click away.

The Caledonian Canal itself is very interesting. Our barges cruise between Banavie and Muirtown.

Thanks to Liz, owner-operator of the French Hotel Barge EMMA, for sharing this YouTube video with us.

Living in France for over a decade made us cheese aficionados. J'aime le fromage!

The above is an edited version of a 20-minute digitalized film from 1927 on the Roquefort AOP channel that has explanatory text about the process of making Roquefort.

If you are a regular reader of All About Hotel Barges, you know that Emma is a wonderful barge with a tip-top crew... 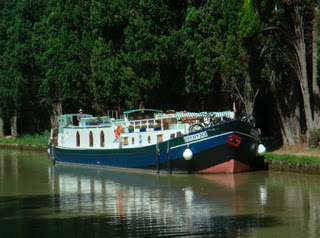 The French Hotel Barge EMMA is owned and operated by Liz and René Jacquot and are assisted by two additional crew members. They cruise along the Canal du Midi in the south of France between Beziers & Carcassonne and Carcassonne & Toulouse. They also have a Beziers to Aigues-Mortes itinerary available upon request.

EMMA is fully air conditioned and also has central heating, if needed. There are three guest cabins with ensuite private bathrooms; one cabin has a queen bed, while the other two can be configured as either queens or twins.

The interior is bright and spacious with beautiful arched double glazed windows which give you a good view of the outside countryside while cruising. The French oak furniture has been hand made by a master craftsman and the whole effect is warm and inviting. 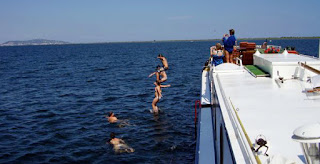 EMMA can tailor your charter to your interests... wine tastings & vineyard visits, cooking, golf, tennis, walking tours, cycling tours, or just time out to relax and enjoy a side of France that most travellers don't experience.

Emma is available for private charters and individual cabin bookings for shared charter weeks. They also offer 5-night charters if that works better for your vacation plans and budget.

Take a break and enjoy the south of France this summer!