The luxury crewed French Hotel Barge SAVOIR VIVRE, which offers barging cruises along the Canal de Bourgogne in the Burgundy region of France, has announced their rates for the 2015 barging season which go in effect May 1, 2014. 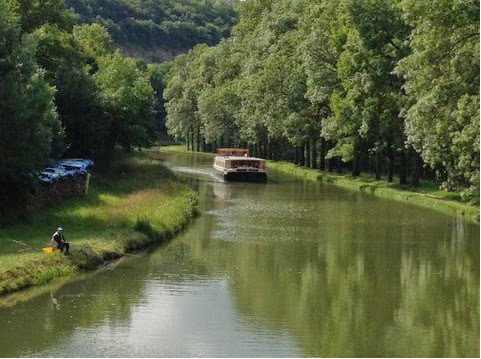 You will save $2000 on a private charter if you book your 2015 cruise before April 30 2014, as you will be entitled to Savoir Vivre 's current 2014 prices. PLUS, you will receive a gift from Paradise Connections (Click Here).

The French Hotel Barge Savoir Vivre has become a very popular barge for cruising the canals of Burgundy as you can tell by their full calendar. It is the end of April and even though the barging season has just started, they only have a few openings for 2014.


Only THREE charter weeks available for 2014 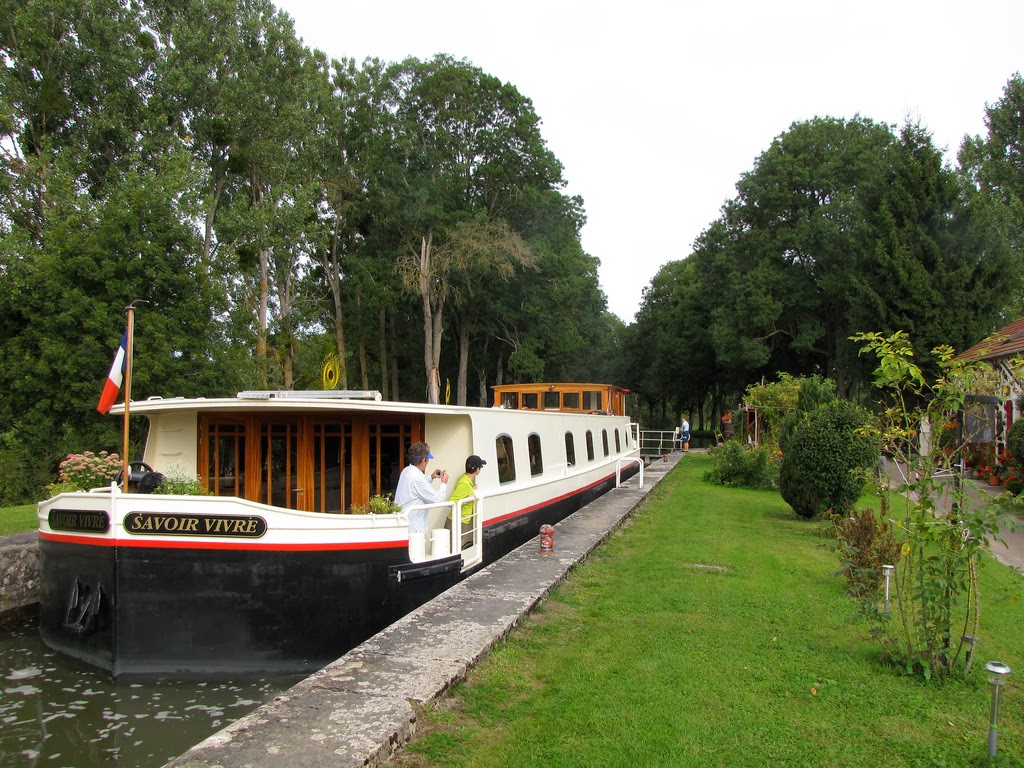 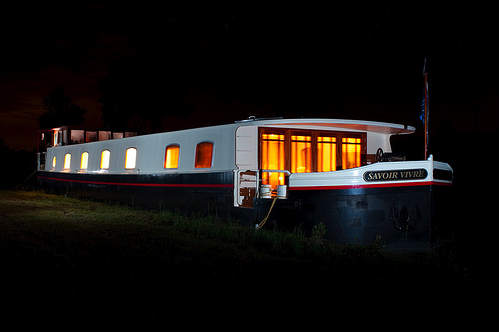 Hotel Barge Savoir Vivre moored for the night on the Burgundy Canal, France

Savoir Vivre is a bit different to the other hotel barges that we represent as they do not have an onboard chef. Pastries for the continental breakfast are supplied by the local baker. Lunch is catered by professional chefs who meet up with the boat with their prepared meal. Dinners are off the boat in locally selected restaurants (included in charter fee). 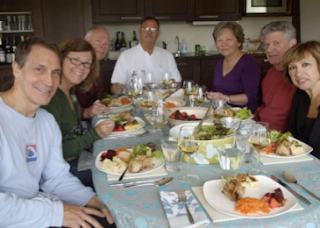 Savoir Vivre is 80 feet long, air conditioned (and has central heat, too), 4 identical guest cabins which can be configured with a queen or two twin beds, each having ensuite private bathrooms, flat screen TV, internet where available, 8 bicycles, etc...


SAVOIR VIVRE: Ability to live life well and with intelligent enjoyment, meeting every situation with poise, good manners, and elegance. Etymology: French, to know (how) to live.

The luxury crewed French Hotel Barge PROSPERITE, which offers barging cruises along the Canal de Bourgogne in the Burgundy region of France, has announced their rates for the 2015 barging season which go in effect May 1, 2014.

If you book your 2015 charter before April 30 2014, you will be entitled to Prospérité's current 2014 prices. PLUS, you will receive a gift from Paradise Connections (Click Here). 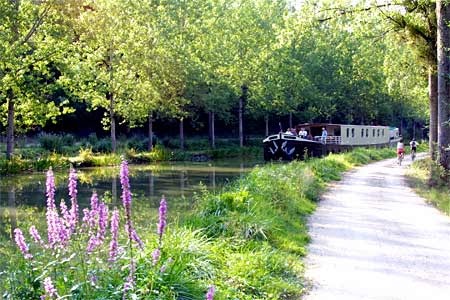 Prospérité accommodates up to 8 guests in 4 suites, which can be configured as doubles or twins, with sitting area and desk, each having their own private ensuite bathroom. The barge is fully air conditioned and also has central heating when necessary, hot tub on the sundeck, bicycles, air conditioned minivan for excursions...

Today we have a guest post from the French Hotel Barge SAINT LOUIS who offers both private charters and cabin cruises in the Aquitaine & Gascony region of southwest France.


THE BRANDIES OF SOUTHWEST FRANCE: Armagnac and Floc de Gascogne

There are two alcoholic drinks produced in southwest France which are not wines, but they are produced by the onward processing of wine.  The first is Armagnac.  This is a sort of brandy, but is a very different product from its highly commercial cousin called Cognac.  Armagnac is artisan produced by over 180 small-scale producers in the area around Nérac.  In spite of the producers teaming up into various marketing bodies, they are unable to exercise strong impact on the overseas trade – they are just too diverse and too small-scale.  For this reason, only a small proportion of Armagnac is exported. 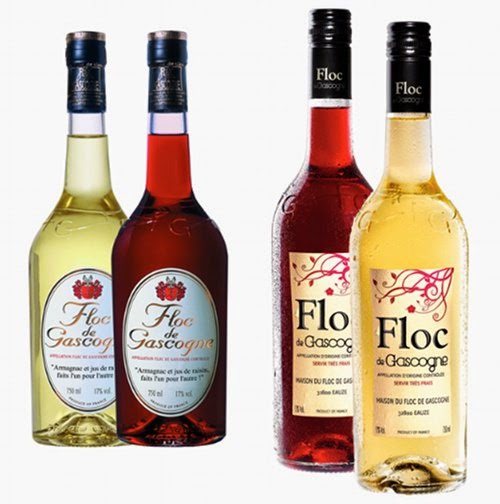 Whereas Armagnac is little-known around the world, Floc de Gascogne is almost unheard of.  Floc is also produced from the grape, indeed it is produced from Armagnac and unfermented grape juice.  Virtually all producers of Armagnac also produce Floc de Gascogne;  virtually none of it is exported, and in fact most of it is consumed within the area in which it is produced.  I see Floc as being one of the pearls of this region, one of the discoveries to be made by coming into the area and travelling slowly, rooting out the local customs and products.

CURRENT AVAILABILITY: All of the barges are booking up early this year and Saint Louis is no exception. Here is Saint Louis' current availability for the 2014 barging season. Do any of their open dates work for you?

The luxury French hotel barge Roi Soleil has revised their rates for the remaining open weeks of the 2014 barging season. There are also three special offers!

Private charter rates for 2014 in US Dollars


Private charter rates for 2014 in EUROS

Roi Soleil is available for private, luxury, barge cruises in the South of France (Provence/Camargue and Canal du Midi) and accommodates up to six guests in three double cabins with private ensuite bathrooms. Guest cabins can be configured with either a Queen bed or two Twins at your request. Roi Soleil is fully air conditioned throughout and has a spa pool, demonstration kitchen, Bose sound system, DVD library, iPod dock, 3G wireless internet, bicycles, and even a fireplace!

There are always technical and maintenance work during winterizing but in new passenger comforts you will notice: 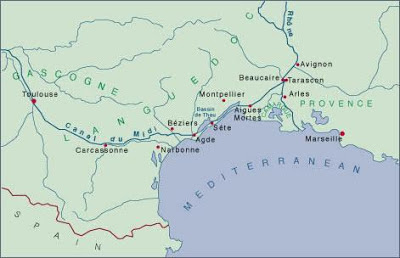 Their season for 2014 began on March 30 and their route is the Canal du Midi between Beziers and Carcassone. They plan to have a Provence cruise for the weeks of September 28 and October 5 between Beziers and Avignon. Roi Soleil will then return to their Canal du Midi route for their final two weeks of the season October 12 and October 19. Inquire about choice of routes.

April Foolishness to go with the March Madness

Paradise Connections is slipping from madness to foolishness :)

We have decided to extend both of our special gift offers for Kindles through April 30, 2014. 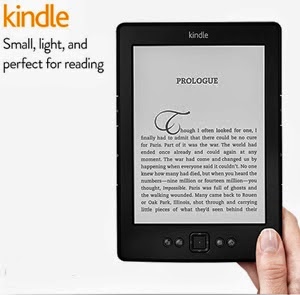 Read previous posts of our special offers but change the expiration date to April 30, 2014:
This is not an April Fool's... Just a good deal


Contact Paradise Connections to book your barging holiday
For more information on our barges and barging, visit our website : www.BargeCharters.com

THESE SPECIAL OFFERS HAVE EXPIRED.