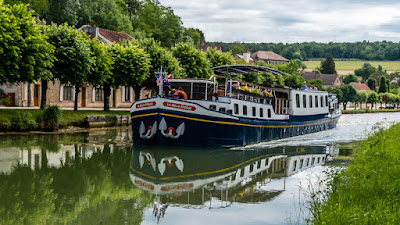 Best Places to Visit
Beaune, capital of the Burgundy wine country, is one of the best preserved medieval cities in Burgundy. Until the 15th century, Beaune was the residence of the Dukes of Burgundy. France eventually took the town from the Burgundians in 1477, after Louis XI annexed the Duchy following Charles the Bold’s death.

First a Gallic sanctuary and then a Roman town, Beaune is now a mecca for wine lovers. Ramparts surround this thriving town and have a labyrinth of caves (wine cellars). During its three-day festival and wine auction in November, free wine-tastings draw immense crowds, many of whom arrive thirsty and leave satisfied, albeit a little tipsy. 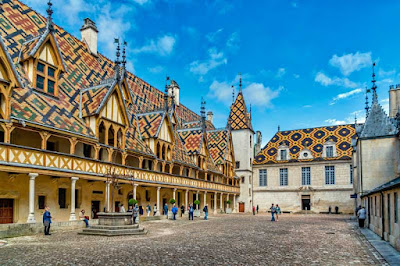 The Hôtel-Dieu dates from the 12th century and is a charity hospital funded by the sale of wines produced on lands donated by its benefactors. Until 1971, it was a working hospital. It was originally constructed to provide free care for men who had fought in the Hundred Years’ War. Today, the Musée de l’Hôtel-Dieu displays Flemish-Burgundian art and the Grand Salle, at 165 feet long, is a showpiece to display its original furniture. Its world-renowned roof tiles are polychromatic in the Burgundian-style and date from the Renaissance.

Chablis is a pretty little town on the banks of the River Serein. Known as the “Golden Gate” of Burgundy, it is famous the world over for its crisp dry white wines. Visitors enter through the turreted towers of the Porte Noël gateway, opening on to narrow stone streets and houses dating from the 14th to 16th century. St-Martin’s collegiate church, whose construction started in 1160, was one of the first French churches of Gothic design. It is a miniature copy of the Sens Cathedral. Relics of Saint Martin, the patron saint of travellers, are kept in the church named after him.

Châteauneuf-en-Auxois is a tiny, charming, hilltop village, well worth the climb up the steep path. This fascinating, romantic bastide (fortified town) has a turreted castle, encircling walls, and elegant houses once belonging to rich merchants. The château, built in the 12th to 15th centuries, affords a broad vista over the rolling farmlands, the Burgundy Canal and the woodlands of the Morvan Forest. At its peak, the town had a population of 500; today it has approximately 90 inhabitants.

The Petit Pontigny is a set of buildings, surrounded by walls, which are the center of all festivities and ceremonies of Chablis and its famous vineyards. Its cellar, also dating from the 12th century, is now the only original part of this property and once belonged to the monks of Pontigny. Nearby is the St-Cosme priory, built in the 12th century by the monks of the Château de Commarin. It has been in the hands of the same family for 26 generations – over seven centuries! This once fortified castle, built in 1346, underwent radical transformations in the 16th century to convert it into a modern habitation and was further reconstructed in the 17th and early 18th centuries. Today, two large towers and a small chapel are the only 14th-century structures that remain. The existing château was built in the 18th century by the Marquis d’Antigny, minister for Napoleon, and the Marquise d’Antigny, grandmother to the Prince de Talleyrand. The château houses a collection of tapestries from the 16th century and rare examples of period furniture and other objects. 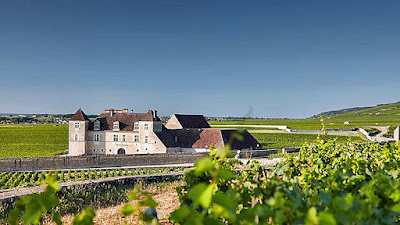 One of the largest vineyards in Burgundy is the Clos de Vougeot. Château de Clos de Vougeot is a small château built to house the wine presses needed by the Cistercian monks to make wine for their religious ceremonies. The château is now the seat of Burgundy’s most sophisticated wine lovers; the Confrerie des Chevaliers du Tastevin. In Epineuil is the Petit Quincy Abbey, built in 1212 by the Cistercian order. In this magnificent setting, they produce great Epineuil and Chablis wines.

Irancy is possibly most famous for its wines; the area predominantly produces red wines from the Pinot Noir variety, however they also make a small amount of rosé wines. Irancy’s unusual topography shelters it from the worst of the winter weather, while also allowing for sufficient sun to ripen the grapes. This is one of the most northerly areas for growing red wine grapes.

Meursault is a large, well-to-do town. It is at the entrance to the great white wine producing basin of the Côte de Beaune, where vineyards spread over gentle slopes. The town’s origins lie with a Gallo-Roman settlement, Mont Mélian, and the remains of its fort are still visible on a hill above the village. Later, in the Middle Ages, the town served as a base for treating leprosy in the Hôpital de Meursault. Today the town is the home of an international wine festival. La Paulée de Meursault and its eponymous white wines are some of the most celebrated in Burgundy.

Château d’Époisses is a medieval castle that has been in the same family since 1661. The village is famous for its soft creamy, and very pungent cheese, which is washed in Marc de Bourgogne (a local spirit) that helps it to ripen. 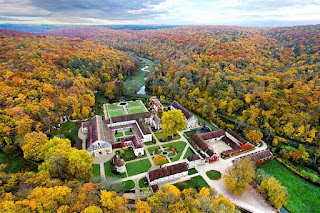 Abbaye de Fontenay
Nearby is the Cistercian Abbey of Fontenay. Founded by St-Bernard in 1119, UNESCO described it as being “an excellent illustration of the ideal of self-sufficiency as practiced by the earliest communities of Cistercian monks”. Ravaged and abandoned during the French Revolution, and later serving time as a paper factory, the carefully restored Abbey is now the most complete remaining medieval monastery in France. As a testimony to the monastery’s desire to be self-sufficient, the complex includes cloisters, dormitories, outbuildings, fish ponds, bakery, mill, forge and even a prison.

Semur-en-Auxois, built on a pink granite cliff in a hollow of the Amarançon Valley, is a splendid example of a small Burgundian town. Dating from the 14th century, four circular towers which doubled as dungeons guarded this fortress town. The Tour de l’Orle d’Or houses a small museum and the town’s Notre Dame de Semur Gothic church is considered by some to be the most beautiful in Burgundy.
Barging in France - Discover Burgundy