I just read on the PBO (Practical Boat Owner magazine) website that:


"Western Europe's biggest engineering project since the Channel Tunnel was given the green light on Tuesday when President Nicholas Sarkozy announced France's scheme to link Paris to Cambrai in northern France by a 66-mile long, 54m-wide canal." 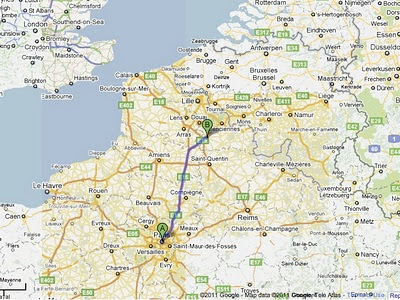 I just did a "google" and found a couple of articles from UK newspapers that are more informative:

The Independent: Sarkozy sets date for his mega-canal but promises it won't touch war graves
By John Lichfield in Paris -- 6 April 2011. They are a bit more pessimistic with 2020 being the completion date.

The Daily Mail: French link two rivers with £3.9bn supercanal so boats will be able to sail from Dunkirk to Paris -- 7 April 2011. This has a map of the Seine-Scheldt link.