A river cruise in Italy aboard LA BELLA VITA offers a wonderful way to get to know this diverse and fascinating area personally. One of the unique features of a river cruise in Italy is that you get first-hand experience and a real feel for the deep-rooted history of the area, the wonders of the geology, and the intricacies of the culture. 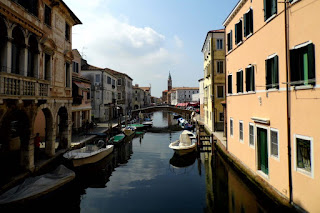 For any discerning traveler looking for their next luxury vacation with a difference, a cruise on the Italian waterways could be just perfect. Northern Italy is a haven for culture buffs. What better way to see the magic of Venice, the wonders of the Po Delta, the marvels of Mantua, as well as all that lies in between, than from the comfort of your luxury floating hotel, La Bella Vita?

As you cruise through the Venetian Lagoon, along the River Po and down the Canal Bianco, breathtaking landscapes greet you around every turn. Wake in the mornings to the sound of the local birdlife, spend long days soaking up the "bella vita" and indulge in evenings that bear witness to the incredible gastronomic delights that this Mediterranean gem is famed for.

Every waterway on this cruise has its own unique features and here we introduce each one and pay homage to its defining characteristics. 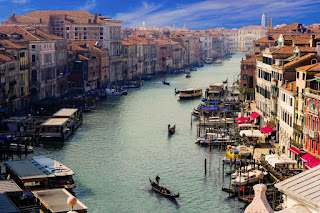 The feature of many a picture postcard, this stunning blue-green, almost iridescent lagoon is mesmerizing whatever time of day or year you are fortunate to see it. It is hard to imagine that it stretches more than 50km from end-to-end and covers 550 square kilometers in total. La Bella Vita's wonderful cruise offers ample opportunity to take photos and indulge in the stunning surroundings that are made up of wetlands, marshes, and an intricate maze of channels. The tiny group of islands, known as Venezia (or Venice in English) is grouped around the Rialto Bridge and makes up the streets of this iconic city; one of the highlights of this river cruise in Italy.

In existence since the last ice age, the lagoon was formed when glaciers in the Alps melted with the rising temperatures causing rivers to cascade from the mountains and carve their way through Northern Italy and flow out into the Adriatic. Where the rivers met the sea, they slowed and dumped much of the sediment they had picked up along their journey to create the islands on which magnificent Venice stands today. 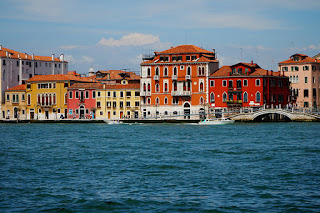 This is Venice’s most prominent waterway, meandering through the city for four kilometers. It is wide and deep, making it navigable for even the larger vessels. The canal itself separates the district of Dorsoduro from Giudecca.

La Bella Vita's river cruise in Italy includes a relaxing trip along this canal, which is a wonderful way to see some of the city’s sites, including:
Finish in St Mark’s Square after a guided tour of the Doge’s Palace, where you can enjoy an "al fresco" prosecco before dinner back on board. 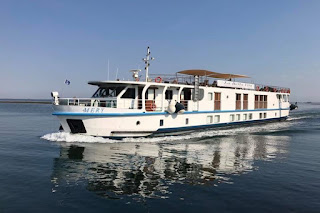 Canal of the Orphans

The name is somewhat intriguing, although as you might expect, the reason it came to be called the Canal of Orphans is not a very pleasant one. Several theories exist but the most accepted one is that centuries ago when the Genoese arrived with their ships in an attempt to take the city, the Venetians laid waste to the majority of the soldiers, consequently leaving many children orphaned. Another theory suggests that this waterway was once used for executions by drowning.

Thankfully, the place is a much happier one today and resembles nothing of its former guise. La Bella Vita takes you along this canal early in the evening just as the activity in the city is slowing down and the atmosphere takes on a serenity that is nothing short of magical. Pass ancient monasteries, charming local fishing boats, and beautiful tiny churches. For any budding photographers on this river cruise in Italy, this is a dream come true! 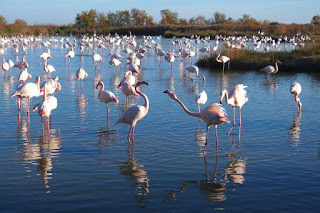 Through the centuries the River Po went through many stages of evolution, enduring floods, creating itself new courses and battling marsh growth. Floods and human intervention ensued and today the Po Delta is all below sea level. Dunes and sandbanks are still protruding and the area is now a nature reserve rife with wildlife. Elegant herons stand proud while the fabulous flamingos and other birds forage for the rich pickings to be found here. 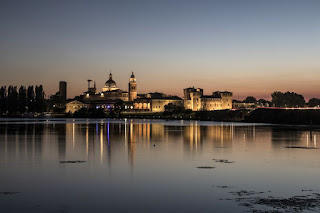 Crossing the Rovigo province, this water channel makes up the midsection of the Tartaro-Canalbianco-Po di Levante, and winds its way across 135km to link Mantova to the sea. A large part of it is man made and this section is known as the "Canal Bianco". The first section is natural and is called the "Tartaro" and the final short section is called the "Po di Levante".

The canal is navigable by small-to-medium-sized boats and is a popular one for leisure boats, yachts and luxury cruises, which is great news as it means La Bella Vita includes it in your trip. Along the Bianco Canal, visit Adria, the ancient Etruscan town, and then set off for the much anticipated wine tasting on the Bagnoli Estate, a centuries old winery that has produced vintages for the Venetian elite for years. 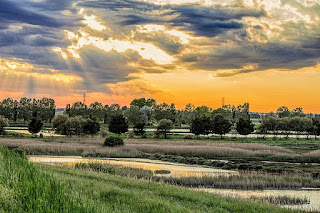 The most spectacular way to approach Mantua is by water. This city boasts a fitting end to a river cruise in Italy. Enveloped by water, the city is often overlooked, but beyond its rather timid appearance, it hides a plethora of Renaissance wonders. It is Florence in miniature and, once overseen by the Gonzagas family who ruled for more than 300 years, the city was founded on wealth; the Renaissance legacy proves it.

Its magnificent location is considered part of its romantic appeal but the way the Mincio River protects the town is not a work of chance. Alberto Pitentino is the engineer responsible for arranging the river’s course to suit the city’s landscape and, to this day, the island of Mantua stands true to the design of this talented designer. 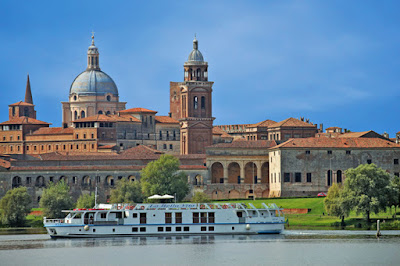 La Bella Vita is a stylish 20-passenger vessel with a typically modern Italian interior, reflected in the use of vibrant colors throughout to create an atmosphere of casual relaxation. There is an inviting bar area in which to enjoy a glass of Prosecco and a spacious dining room with louvre doors that open to give a perfect view as you are served delicious Italian specialities and wines.

There are two main deck junior suites and eight lower deck staterooms, all air-conditioned and with en suite facilities. The upper deck has a huge sun deck with a large canopy and comfortable loungers to relax and watch the world drift by.

Enjoy delicious regional cuisine, fine Italian wines and the services of an attentive crew that will make this an unforgettable cruise.


Discover the Waterways of Northern Italy