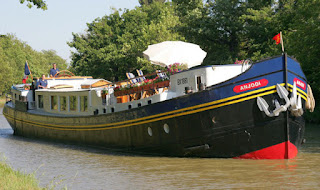 French hotel barge Anjodi is offering a unique Mediterranean cruise in the south of France which will include visits to the historic cities of Avignon & Arles. This special Provence-Camargue Itinerary between Avignon to Marseillan, France will take place the week of July 5-11, 2020.


Pretty as a Picture 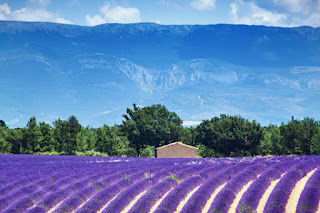 The beauty of the Provence countryside is legendary. Visitors instantly recognize why it held such fascination for painters like Cézanne and Picasso, and why Van Gogh painted more than 300 of his works here. In addition to the natural charm of the region, there is a great deal of historical and architectural intrigue surrounding the ancient palaces, gardens and arenas of the sun-drenched cities along the way. 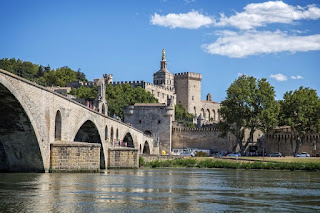 Itinerary highlights on the Anjodi Provence-Camargue cruise include a visit to the medieval city of Avignon, located on the banks of the Rhône River. Avignon was the seat of Catholic popes for more than 300 years during the Middle Ages. Guests will climb the gentle steps to the famed Rocher des Doms and its picturesque, English-style public gardens that feature numerous fountains and grottos.  This is followed by a tour of the 14th century Palais des Papes, or the Pope’s Palace, considered one of Europe’s largest and most important medieval Gothic buildings. 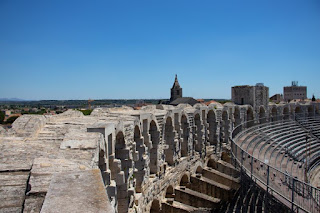 There is also a visit to the city of Arles, famed for its association with Van Gogh. Guests will explore the 1st century Roman Arena, the St. Trophime Basilica and the museum of Provencal life.  Cruising a little further through the wetlands of the Camargue National Park, with its pink flamingos and white wild horses, Anjodi will moor at the walled city of Aigues Mortes. One of Europe’s most well-preserved medieval cities, in the 13th century Aigues Mortes was the port by which many crusaders embarked for the Holy Land. Here guests can visit the 12th century Constance Tower and enjoy dinner at one of the town’s many local restaurants specializing in regional cuisine.

A Taste of the Med 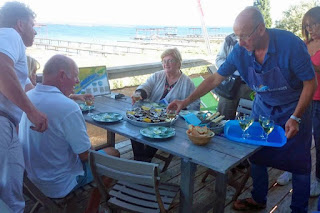 Bordering Italy and the Mediterranean Sea, Provence is one of the most popular vacation destinations in southern France, renowned for its lush lavender fields, ancient olive groves and vast stretches of vineyards. Anjodi's guests will tour the famous Chateau Neuf du Papes vineyard and indulge in a private tasting at a renowned wine maker. Fresh oysters with a sea view are also on the menu as the cruise continues across the Thau Lake (Etang de Thau) to Villeneuve les Maguelones, with the boat mooring just a short walk to a Mediterranean beach. This is followed by a tour of the 12th century Cistercian Abbey of Valmagne, a former Benedictine monastery and one of the oldest vineyards in the region. Afterwards, guests will stop at a local oyster farm for some fresh seafood and a glass of Picpoul de Pinet, a delightful white grape which has been grown near the Etang de Thau for centuries.

The Art of Fine Dining 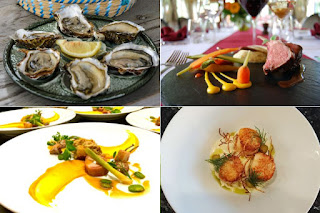 For food lovers, the 8-passenger Anjodi is an attraction in itself having appeared numerous times on Rick Stein’s French Odyssey, a popular television series that followed the famous chef on his culinary adventures through Southern France. Onboard, guests can be assured of Rick Stein standard cuisine, using locally sourced ingredients that include fresh seafood from the nearby Mediterranean.

This cruise aboard Anjodi is the perfect way to appreciate art, be it the culinary creation on show around the dining table each evening, or the roman architecture and sweeping natural vistas that inspired Van Gogh and Picasso.


About The French Hotel Barge Anjodi 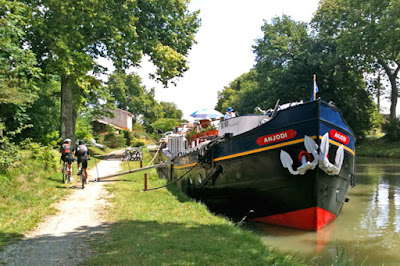 Sporting a classic Dutch design, the 8-passenger Anjodi offers a choice of four air-conditioned staterooms which can be configured as either twins or double according to your preference, each with full en-suite facilities. The sun deck is spacious and has a heated spa pool (hot tub) — the perfect place, to watch the sun set after dinner on a warm Mediterranean evening.

Anjodi's highly professional crew of four is comprised of Master Chef, Tour Guide and Host/Hostess, led by a knowledgeable and experienced Captain who will ensure your cruise is memorable and more. Their knowledge of the region combined with the 8 bikes provided, will allow you to explore the areas you cruise through in as much detail as you desire.